NHS and poverty biggest concerns, according to Big Conversation survey

A massive thanks to the 900 plus people who took part in my Big Conversation survey and told me about their key concerns for Sheffield and the UK. The results are really useful in showing me what the biggest issues are for people in Sheffield Central. Taken with the discussions with the 1500 people who came to more than 50 events, the survey will shape my priorities in Parliament.

As the chart for Q1 shows, more than two-thirds of people listed the NHS as one of their biggest concerns, over half selected poverty/inequality and just over a third highlighted education. 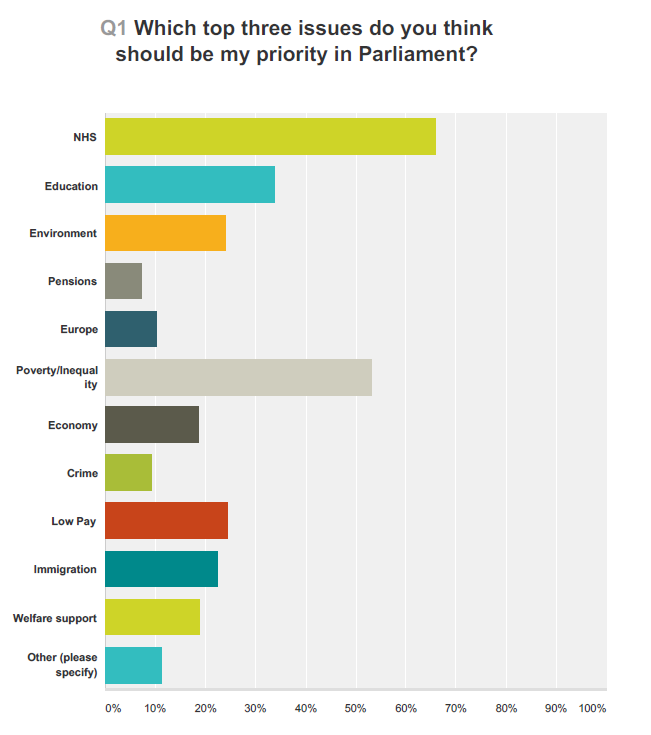 At a local level, the chart for Q2 shows that concerns were more evenly split, but the biggest issue was poverty with 42%, jobs with 37% and public transport with 35%. 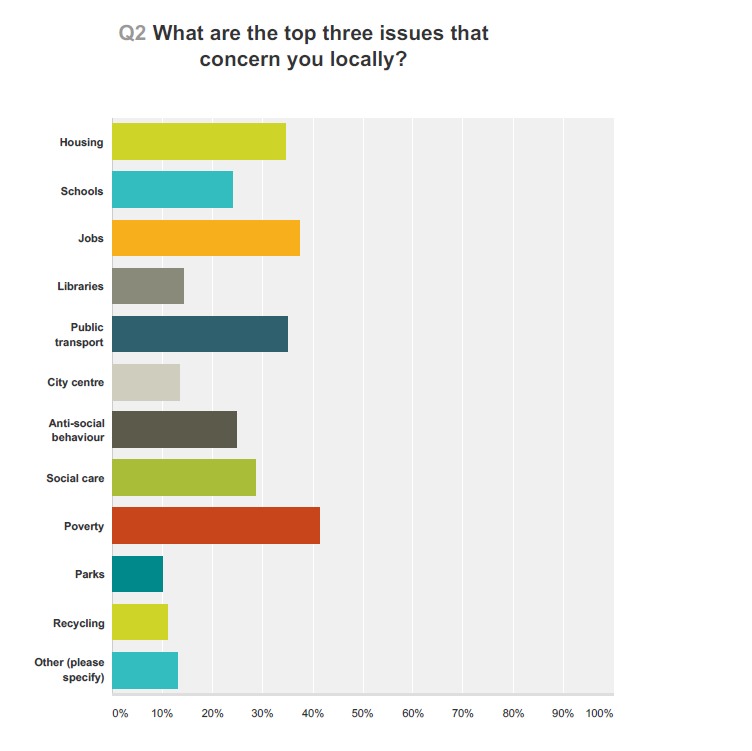 When it came to the forthcoming vote on our membership of the European Union, people were overwhelmingly in favour of staying – with 48% strongly for and 18% mildly for. Only 8% said they were strongly against staying in the EU, whilst less than 4% were mildly against. Just over one-in-five were undecided. 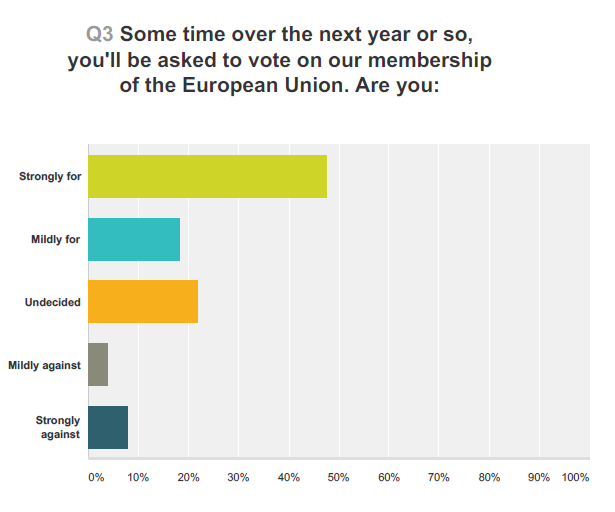 I sent the survey to every household in the constituency and linked to it through my website, Facebook and Twitter.  It was also filled in by hundreds of those who attended Big Conversation events in schools, colleges, churches, cafes, community centres and both universities.

The Big Conversation is all about listening to people’s concerns and then me raising them in Parliament. It’s no surprise that so many people raised worries about the NHS, and I know from discussions at Big Conversation events that it’s not just about underfunding, but also issues like access to mental health services, junior doctors contracts and worries about adult social care. The survey’s headline results and the more detailed views on all the issues expressed at meetings will together help me do my job -; representing you effectively in Parliament.