My demand for action as Sheffield pupils lose out 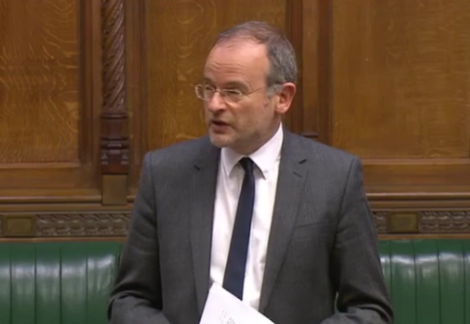 I called on the Government to take immediate action to address the gap in educational attainment between Yorkshire and the Humber and London in a debate in Parliament.

We debated a report that found that over 70% of pupils in London achieve five good GCSEs, whereas the figure for Yorkshire and the Humber is just 63%.

In the Commons I said that it’s simply not acceptable that, by virtue of growing up in Sheffield and not London, a child is less likely to do well at school. I also linked the Government’s failing Northern Powerhouse agenda with the educational attainment disparity.

In the Chamber, I said:

The two issues -; economic success and educational attainment – are clearly linked. That’s the conclusion of the study that led to today’s debate It’s a point also made very clearly to me by the head teacher of one of Sheffield’s most successful secondary schools, who told me:

“working with our outstanding sister school in London, I see a real difference in the level of aspiration held by the children and I think that this is an important factor.  The children there are deprived but it is a different sort of deprivation.  They are financially deprived but are surrounded by wealth and opportunities whereas in the North, entire communities have never really recovered from deindustrialisation.”

I called for fairer local authority funding for the North, an industrial strategy focussed on the regions and a reversal of the Business Department’s decision to close its Sheffield office, to drive the economic rebalancing the country needs.

I also pushed the Government to change admissions criteria to help disadvantaged children access the best schools and end the postcode lottery in education, as well as criticising Government plans to force every school to become an academy or in the process of becoming an academy by 2020, saying:

Academisation might be a useful distraction, but it’s not an answer to underachievement. It’s something on which I have had a lot of correspondence from constituents We have already heard how Yorkshire and the Humber is losing out, as things stand. This forced academisation agenda will only make things worse.