My call for apprenticeships that work better for young women 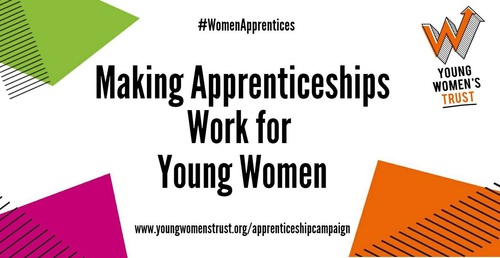 I have backed calls for apprenticeships to work better for young women. I signed Early Day Motion 1313: Women Apprentices, which follows a powerful report by the Young Women’s Trust showing that women apprentices are missing out at every stage of apprenticeships and will continue to do so unless urgent action is taken by employers and Government.

I am lucky enough to have employed three great young women apprentices in my office in the last six years, who have all used it as a springboard to successful careers. I’ve also looked at the importance of apprenticeships to young people and businesses as part of my work in Parliament. But the Young Women’s Trust’s report shows shocking gender imbalance across the country; that male apprentices are more likely than their female counterparts to get higher pay, receive more training and find jobs afterwards. This just isn’t fair and the Government must do all they can to address it.