Launching the Big Conversation, tackling low pay and electoral reform -; some of my week ahead 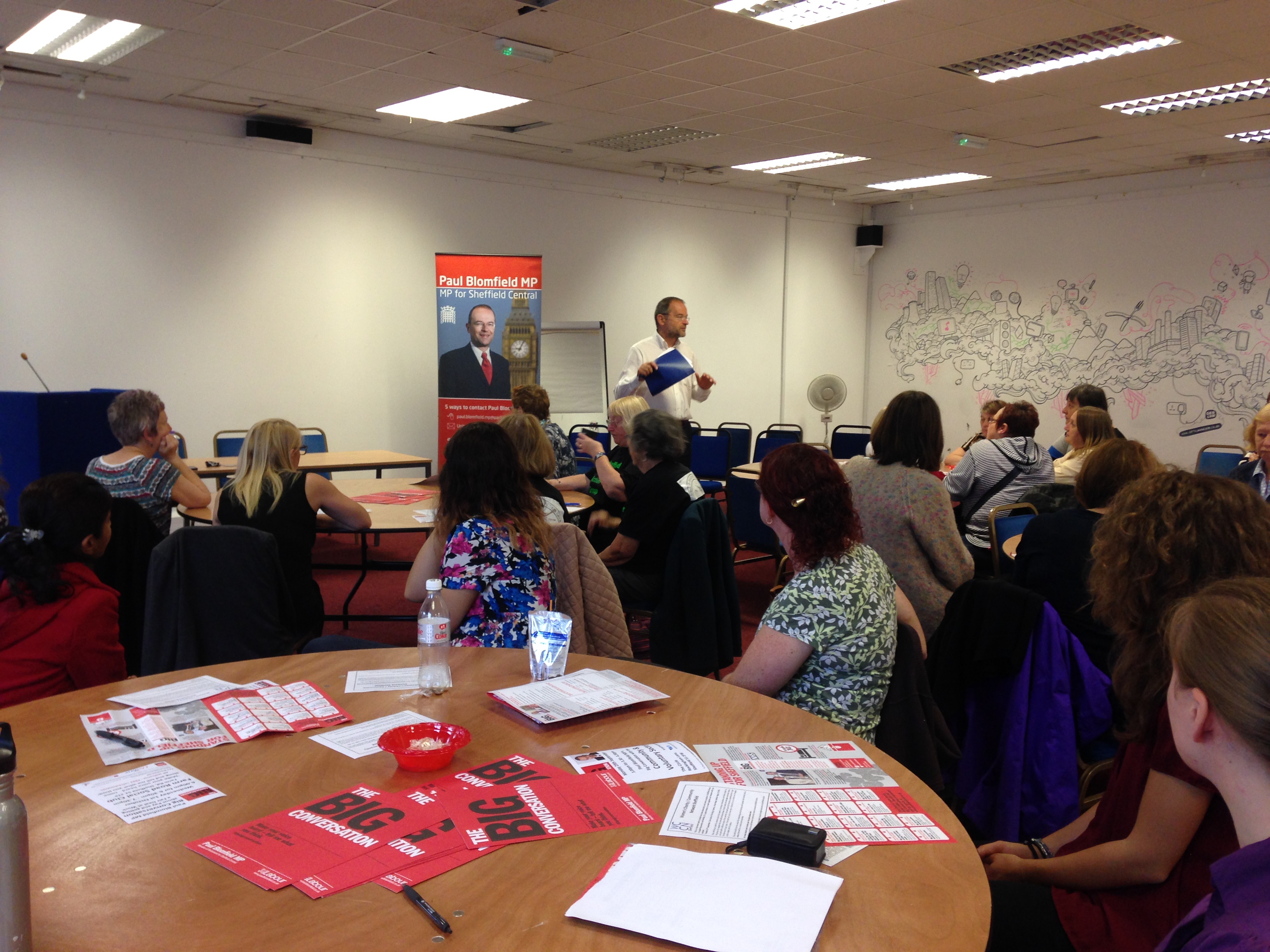 On Friday I’ll be launching this year’s Big Conversation, but there’s lots happening in Westminster first. Today I’ll be in the Commons Chamber for the expected statement on re-introducing Grammar Schools -; something I strongly oppose. Fairness in education is a theme I’ll return to in the Higher Education and Research Bill Committee, where I’ll be scrutinising the legislation line-by-line throughout Tuesday and Thursday. I’ll be pressing the Government on how it plans to widen access to university and ensure that people from all backgrounds succeed once they get there, as well as proposing a change to the Bill to require universities to give students the opportunity to register to vote when they enrol on their course -; following the model we’ve pioneered at the University of Sheffield. I will also be meeting with the Campaign for Science and Engineering to discuss the Bill.

On Tuesday, I’ll be meeting the Minister responsible for National Minimum Wage policy, Margot James MP, together with my Labour colleague Andrew Smith MP and Unison following the debate I led in Parliament on non-payment for travel time in the care sector. This was an issue raised during my Big Conversation last year and I’m pushing for a change in the law to make sure pay slips show what hours people are being paid for to drive out this unlawful practice. If you are experiencing practices at work that need stamping out, please come and talk to me about them at one of this year’s Big Conversation events (see here).

On Wednesday I’ll be re-launching the Labour Campaign for Electoral Reform (LCER) of which I’ve been Vice-Chair – as a longstanding supporter of democratic reform (see more here) and proportional representation. Also this week I’ll have the first meeting of the Sub-Committee on Education, Skills and the Economy since the Summer Recess, be at the APPG on Debt and Personal Finance AGM when we will be voting on the Group’s Officers, meeting with Sheffield City Council to discuss asylum and immigration issues and meeting with the SHINE Health Academy which helps obese young people lose weight and increase their confidence and self-esteem.

On Tuesday the English and Welsh Boundary Commissions will release their initial proposals for implementing the Tory plan to reduce the number of Parliamentary constituencies from 650 to 600 and ensuring each seat has around 74,769 registered voters. Equalising constituencies might sound fair, but it’s really an outrageous act of gerrymandering by the Government. Parliamentary boundaries are not based on the population, but the number of registered voters. This already means that big cities, with more transient populations, are under-represented. This review is based on numbers at the lowest point of the electoral cycle (in December 2015) soon after a new system of individual registration was introduced, when many people wouldn’t have registered to vote. It misses out over 2 million people who have since registered for the EU referendum. The Tories know this will give them extra seats and mean that many constituencies, especially in the big cities, will have more voters and their votes will be worth less than people in other constituencies with fewer electors. I’ve argued in Parliament against these moves and will continue to oppose them.

Parliament will be on Conference Recess for around three weeks from Friday during which I’ll be spending most of my time in Sheffield for The Big Conversation (16th September to 8th October) and a couple of days in Liverpool for the Labour Party Conference. The Big Conversation starts with a Breakfast Meeting for Small Businesses in the Copthorne Hotel on Bramall Lane, which all small businesses in Sheffield Central are invited to, and then I’ll have a private meeting with Lansdowne TARA in Sharrow. On Saturday I’ll be at a GMB Branch Saturday meeting and then The Big Conversation Street Surgery in Walkley and on Saturday I’ll be at the Madina Mosque Open Day.

Other The Big Conversation events over the next three weeks include public meetings in Manor Park, Walkley, Sharrow Vale, Nether Edge, Highfield and the City Centre, as well as events for young people, women and social enterprises, and on special issues such as Brexit and community policing. Find an event near you using this map.