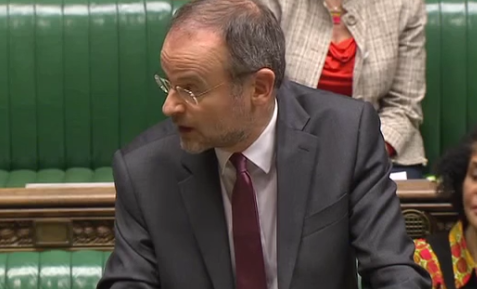 Lots of constituents have written to me about Brexit and the Article 50 Bill, which is being debated in the House of Commons until 8 February, before it goes to the House of Lords. So I wanted to provide an update:

I campaigned relentlessly for the UK to remain in the EU -; for jobs, for our place in the world and as the best way to tackle the biggest issues we face, from climate change to terrorism. I was deeply upset by the result. But I accept that we lost. No one voted on 23rd June in the belief that Parliament would override the result, and it would undermine democracy if we did.

I understand the strength of feeling from those who have urged me to vote against triggering Article 50. I share it. Leaving the EU challenges everything that I believe in, as a European and an internationalist. That sense of loss is amplified by the disturbing political developments in the USA.

So I’ve thought long and hard about the issue, and particularly reflected on the conflicting vote of my constituency and the country – although there are many ‘remainers’ who agree that it would be wrong to obstruct Article 50. There are two arguments that have resolved it for me.

If ‘Remain’ had won the referendum and a pro-Leave Parliament voted to take us out of the EU regardless, there would have been outrage. That’s true the other way round and, however they voted, most people support triggering Article 50. This opinion poll, for example, shows that 68% of people, including roughly half of Remain voters, accept the result.

The priority now is to get the terms of our exit right. It is vital for our future. Labour has been challenging the Government at every opportunity since 23 June. Having secured changes to the Government’s approach to the Brexit process forcing them to set out their plan, publish a White Paper and give Parliament a say on the final deal; we are now pressing even harder on the substance of our future relationship with the EU. You might be interested in some of the ways I have been pressing this, from allowing EU nationals already living here the right to stay (see my speech here), to getting guarantees on investment in our universities (see my speech on that here).

Last night’s vote to give the Article 50 Bill a ‘Second Reading’ opens up a fuller debate next week in which Labour will seek to change it.  As a Shadow Brexit Minister, I’ve been working with colleagues on a series of Labour amendments to the Bill, which would:

The vote to leave has been taken -; which is why many of us felt such a loss on June 24th. The task now is to be fully engaged with the debate about the terms of our exit, to ensure we don’t end up with the hugely damaging rupture with our European partners that some on the right want. That is what our amendments are designed to do.

In her speech on Brexit last month, the Prime Minister confirmed she plans to take Britain out of the single market and parts of the customs union. But her Brexit Secretary David Davis has said they want the “exact same benefits” as being inside. That’s a tough challenge, but we will hold them to it. We want a deal that protects our ability to successfully trade goods with and deliver services to the EU. And we will hold the Prime Minister to her commitment to “protect the rights of workers” set out in European legislation, as well as maintaining the environmental and other safeguards that came with EU membership. Labour’s Shadow Brexit Secretary Keir Starmer MP put Labour’s position simply in a speech last month by focusing on the outcomes we want.

After saying that she didn’t want to keep ‘bits of membership’, the Prime Minister’s speech made clear that the Government now want to maintain collaboration in science and research, in security and defence, and other key areas Labour has been pushing them on. We will hold them to account on these issues too, making sure our universities continue to work together and that we stay part of agencies from Europol to the European Medicines Agency. And we will push hard on her commitment to secure early agreement on the position of EU nationals.

The Prime Minister’s threat to turn the UK into a tax haven off the shores of Europe if she is unable to achieve her aims is wholly unacceptable, which is why we have tabled our anti-tax haven amendment (above).  Her threat harms our negotiating position with our European partners, and makes British living standards a bargaining chip. She has no mandate to implement it. Many people voted to leave the EU on the understanding our NHS would receive more funding, not less. Nobody voted for the Prime Minister to rip up our welfare state and start a trade war. Whether her threat was simply posturing to please the hard liners in the Conservative Party or genuine, Labour will oppose such a course at every turn.

I’m questioning the Government on its Brexit plans in Parliament at every opportunity. I’m holding leave campaigners to account for their promises -; from the NHS funding pledge to their commitment that no region will lose out when we stop receiving EU funding, something South Yorkshire does especially well from.  It is on this detail -; the impact on people’s lives and jobs -; that Labour will judge the final Brexit deal.  It must be a deal not just for the 52%, or the 48%, but for the 100% – or we will reject it.