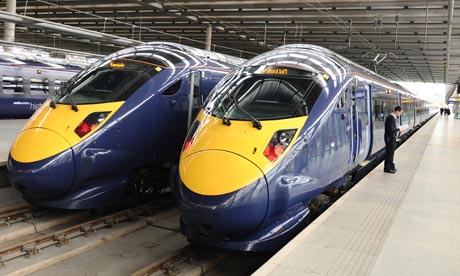 A new study released today reveals the Government’s miserly level of spending on transport infrastructure in Yorkshire – with London getting ten times more per head. The figures make an utter nonsense of the Government’s claim that they are building a Northern Powerhouse.

The new report by IPPR North shows that the average transport infrastructure spend per head in London is nearly £2,000, but in the north it is just £427, with Yorkshire and Humber getting the worst deal in England, with only £190 per person. The Crossrail scheme alone will cost £4.7bn, while the entire northern transport budget is worth £6.6bn.

The report follows the news in November that the planned electrification of the Midland Mainline from London to Sheffield by 2023 had been abandoned. Under pressure from myself and other local MPs, Ministers have refused to give any commitment to the previously promised electrification.

Transport spending is vital for economic growth and jobs. The Government must invest a fair share in our region and commit to vital projects like the electrification of the Midland Mainline. Sheffield and the rest of Yorkshire deserves nothing less.