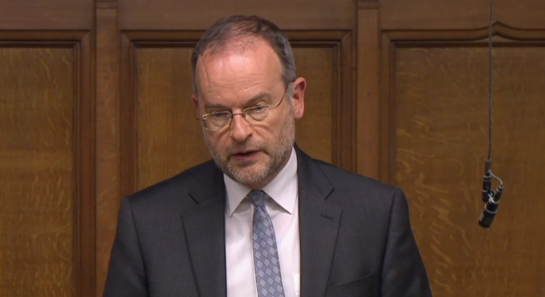 I today challenged Ministers over the unequal distribution of funding for adult social care, which is creating a crisis for cities like Sheffield.

The social care precept, which allowed Councils to increase Council Tax by up to 3% in March, was introduced to help plug the funding gap for adult social care created by Government cuts to local council funding. But the amount raised through the precept varies across the country, according to the value of properties in each area, in line with Council Tax calculations. In the House of Commons, I told Ministers:

The social care precept means that funding available for social care will increasingly depend on a local authority’s tax base. In 2017/18 the precept will generate £9m in additional funding for Sheffield compared with over £31m for Surrey. Does the Minister think that’s fair?

Sheffield City Council has had to make savings of £350m since 2011 because of cuts from central Government. They are required to make a further £40m of savings this year. It says everything about this Government’s priorities that the Councils that have faced the greatest cuts, like Sheffield, can raise the least in Council Tax to plug the gap. Our older people deserve the best care, whether they live in Surrey or Sheffield. I will continue to fight for a better deal for Sheffield.

Read more about my work on health and social care here.