The Government must invest in Northern transport

I have co-signed a letter to the Secretary of State for Transport Chris Grayling MP calling on the Government to end the neglect and underfunding of transport in the north. In the letter signed by Yorkshire and Humber Labour MPs, we press the Government to give our region the powers and funding needed from central government, to reconsider the cancellation of the electrification of the TransPennine and Midland Mainline routes, and to match Labour’s commitment to delivering Crossrail for the North. 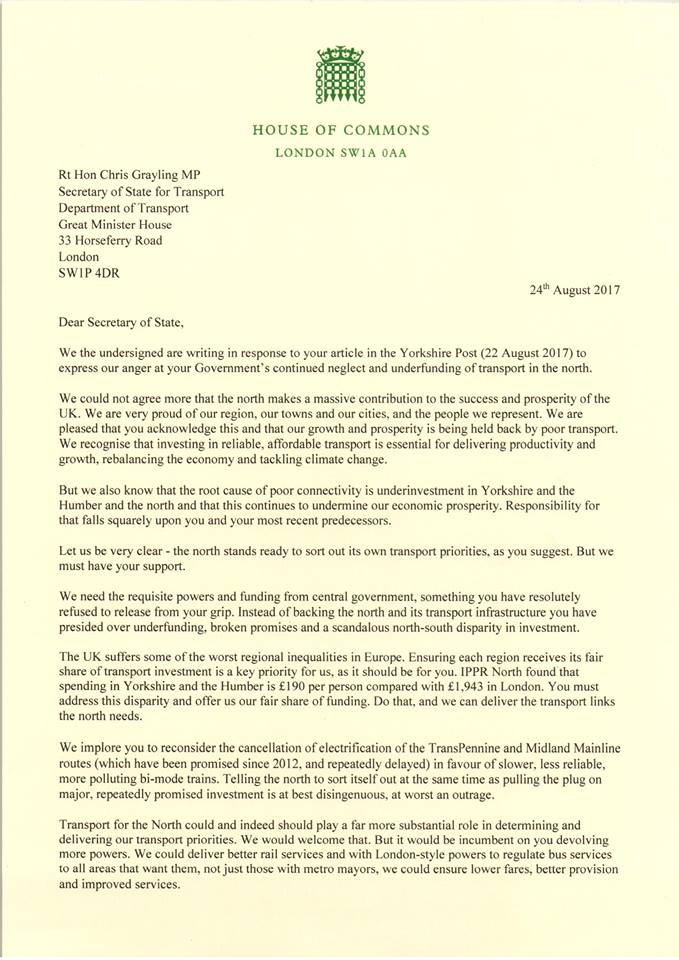 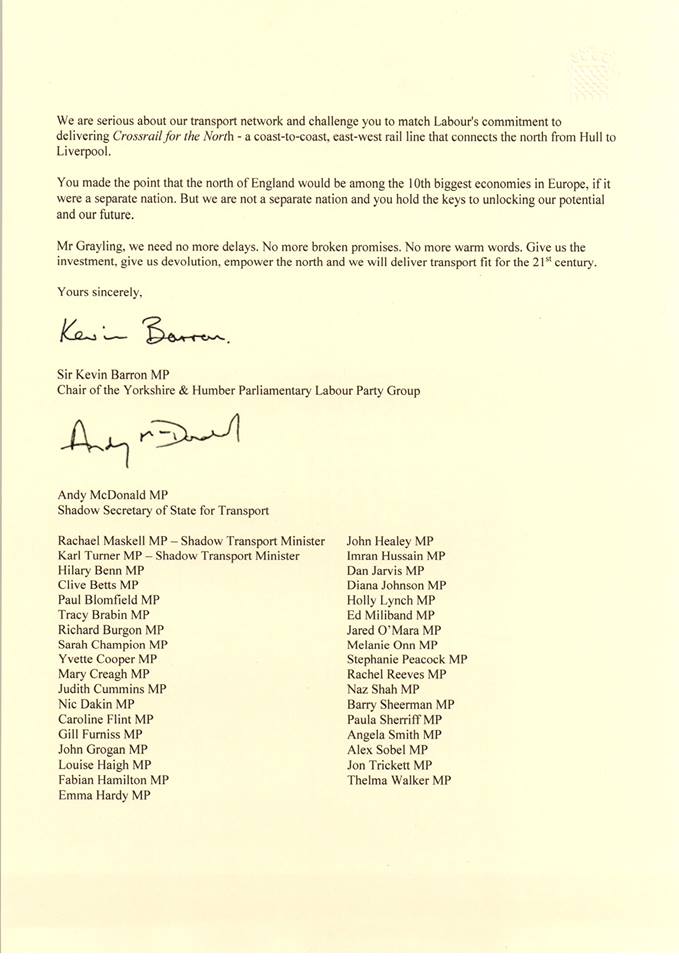