English language teaching, immigration detention, carers and Brexit -; some of my week ahead 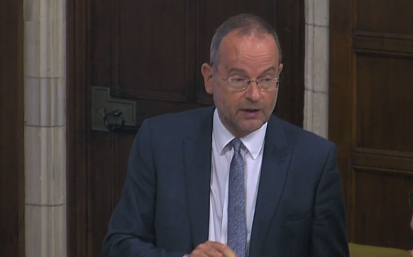 I had been expecting the EU Withdrawal Bill back in the Commons this week, but it’s been delayed again by the Government while they try to resolve their deep divisions on the issue. I’ll be meeting with Shadow Brexit team colleagues this afternoon to discuss the Bill -; on which we’ve demanded changes -; and I’ll be in the Commons for the Prime Minister’s Statement on the EU Council meeting last week. Also today I’ll be meeting the new Chief Executive of Universities UK and going to an event organised by Unison for Labour MPs.

Tomorrow I’ll be in Westminster Hall for a debate about English language teaching for refugees, in which I’ll speak about the importance of funding and support for these courses. I’ll also be meeting with Yorkshire and Humber MPs, and filming a message for Sheffield Young Carers’ AGM in my role as a Patron of the group.

On Wednesday I’ll be meeting with the Immigration Minister Brandon Lewis to discuss my ongoing work on immigration detention (read more here), calling into a Carers Trust event to hear about their ‘Speak up for older carers’ campaign, and joining a debate in the Commons on supported housing.

On Thursday I hope to join a debate on the Modern Slavery Act before heading back to Sheffield to welcome Shadow Education Secretary Angela Raynor to the city. She’ll be going to a presentation about South Yorkshire Futures, a Sheffield Hallam University initiative aiming to improve educational attainment and raising aspiration, meeting SHU Vice-Chancellor Chris Husbands, and then speaking to our local Labour Party about education policy.

On Friday I’ve meetings with the Lord Lieutenant of South Yorkshire and with the Chief Executive of South Yorkshire Housing Association. I’ll also be catching up with local Councillors and holding one of my regular advice surgeries, before finding a pub to watch Sheffield United take on Leeds at Elland Road in the evening.