Council cuts, problem debt, electoral reform, Parliamentary boundaries and action from the Big Conversation -; some of my week ahead 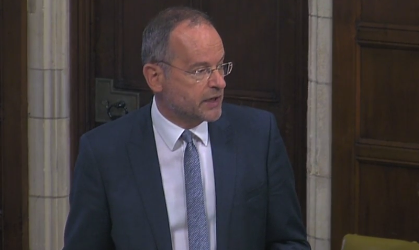 Parliament is still debating last week’s Budget until Tuesday, and I’ll be responding to it today in the House of Commons -; highlighting how Government cuts to the local government and police budgets are undermining communities by weakening the ability to respond to issues like street begging, antisocial behaviour and low-level crime, which were frequently raised during the Big Conversation.

I’ll also be chairing the AGM of the Labour Campaign for Electoral Reform. Tomorrow I’ll be at a meeting of the All-Party Group on Debt and Personal Finance, of which I’m Secretary, on tackling problem debt -; looking at the new Single Financial Guidance Body and future funding of debt advice. I’ll also be meeting with Focus on Labour Exploitation (FLEX), a charity where I’m a trustee; and going to an All Party Parliamentary Group on Universities discussion on the value of HE as an export.

On Wednesday I’ll be meeting with a representative of Imperial College London, hearing the views of Unite the Union on the Budget, and joining constituents at a reception organised by SharedLivesPlus, the network for carers and service users.

On Thursday I’m bringing my Sheffield and Westminster staff together for a meeting in London, where we’ll review all the points coming from my Big Conversation and plan the action we’ll be taking to press the issues raised by constituents.

Unusually I’ll be staying in Westminster on Friday, to vote for my Labour colleague Afzal Khan’s Parliamentary Constituencies (Amendment) Bill which seeks to reverse the Government’s attempt to change the rules for setting constituency boundaries in their own interest. Then I’ll be staying over to see United take on Millwall at the ‘New Den’.