Nuclear Safeguards, the Yorkshire Regiment, Justice Questions, and Holocaust Memorial Day -; some of my week ahead 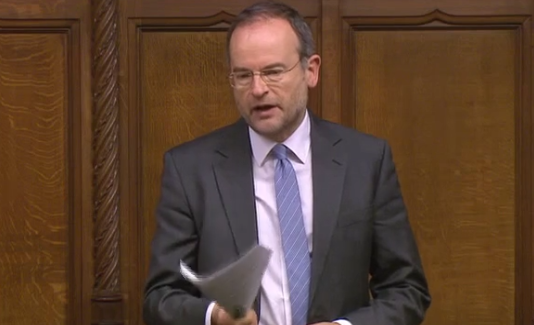 After concluding debate on the EU Withdrawal Bill last week, there’s a little less emphasis on Brexit this week – although I’ve meetings of our Shadow Brexit team, I’ll be speaking at an event about the impact of Brexit on the creative industries, I’ve a meeting about EU relations on security, and I’ll be in the Commons to debate the final stages of the Nuclear Safeguards Bill -; which provides alternative arrangements following our departure from Euratom.

Also this week, I’ve meetings with the secretariat for the All Party Parliamentary Group for International Students, which I co-chair with Lord Bilimoria, the Independent Schools Council, representatives from the University of Sussex, and members of the Yorkshire Regiment.  I’ll be chairing a meeting of the Labour Campaign for Electoral Reform, attending an All Party Group for Universities, of which I’m Secretary, meeting about the new Office for Students and I’ll be in the Commons chamber for Justice Questions to press Ministers on access to legal aid.

On Thursday I’ve got a team meeting with my staff, reviewing progress on issues raised during the Big Conversation. In the evening I’ll be joining Shadow Secretary of State for Housing John Healey for a discussion on housing policy at my local Labour Party’s monthly meeting. On Friday I’ll be meeting with the Deputy Vice-Chancellor of the University of Sheffield, the CEO of construction firm Henry Boot, and the Director of the consultancy Faith Star LLP. Then in the evening I’ll be joining members of the South Yemeni community charity, YAFA, for their annual awards evening.

Saturday is Holocaust Memorial Day, for which I’ve signed the Book of Commitment, and I’ll be spending much of Sunday with members of the local Jewish community – visiting the United Synagogue Sheffield for their annual Hospital Sunday Service and Reception and joining the Sheffield and District Reform Jewish Congregation to mark Holocaust Memorial Day.