Why we must stay in the EU 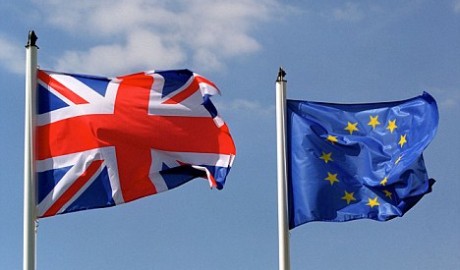 Over the weeks until the referendum on the 23rd June, I’ll be doing all that I can to keep Britain in the European Union. I’m working with Alan Johnson as part of the team that’s running the Labour In for Britain campaign, and I’ll be supporting the cross-party Britain Stronger in Europe campaign. The referendum is not about Cameron’s deal. It’s a ‘once and for all’ decision not just facing us now, but with an impact on generations to come.

David Cameron has been forced into this referendum by the hard right ‘Thatcherites’ in his Party -; the likes of Nigel Lawson, John Redwood, Iain Duncan Smith, cheered on by UKIP. Their reason is simple. They have their own vision for Britain and Europe. They want a semi-detached relationship; with access to the single market, but none of the protections that the EU has given to workers, consumers and the environment. They want a race to the bottom, boosting dividends at the expense of ordinary people.

The EU is vital to jobs. The TUC recently launched an independent evaluation of the benefits of membership for workers and concluded that although we obviously wouldn’t stop exporting to the EU, the cost of exports would rise and that many of the 4million jobs dependent on trade within the EU would be threatened. Writing in the FBU Journal this month, TUC General Secretary Frances O’Grady, said that the TUC had concluded that around 4 million jobs – well paid jobs, many in manufacturing – are based on trade with the EU and that many of those would be at risk from exit.

It’s not just jobs, but rights for working people given by the EU. New GMB General Secretary Tim Roache made the case recently, saying that “Europe’s not perfect, but it has given us the most progressive employment legislation in the world bar none”. Rights to a minimum of 4 weeks paid holiday, a day off each week, equal treatment for part time workers, and much more would not exist without the EU. And they will be at risk if we leave. That’s why the Tory right are so keen to quit.

There are bigger issues too. As I argued in my column in the Star, centuries of war between the nations of Europe were only brought to an end when, after World War Two, the continents’ politicians agreed that creating economic and political interdependency between the countries of Europe would make war unthinkable. And it’s delivered an unprecedented 70 years of peace. We can’t put that at risk in an increasingly dangerous world -; and it’s no coincidence that Russia’s Putin is so keen to promote Nigel Farage and Marine Le Pen’s National Front in France (see here), in order to weaken the EU.

We are stronger together, not only in maintaining peace, but in meeting the big challenges of our time. The EU has led the way on environmental protection, with rules that have cleaned our beaches and set tough standards for air quality, and we are working together to stop climate change. There’s more we need to do together in tackling the economic challenges we all face. But leaving the EU and turning our back on our neighbours would leave Britain weaker and less able to build a secure future.

Yorkshire and Humber MEP Richard Corbett has produced a great ‘myth buster’ on some of the misinformation about the EU which you can find here – and download as an app!