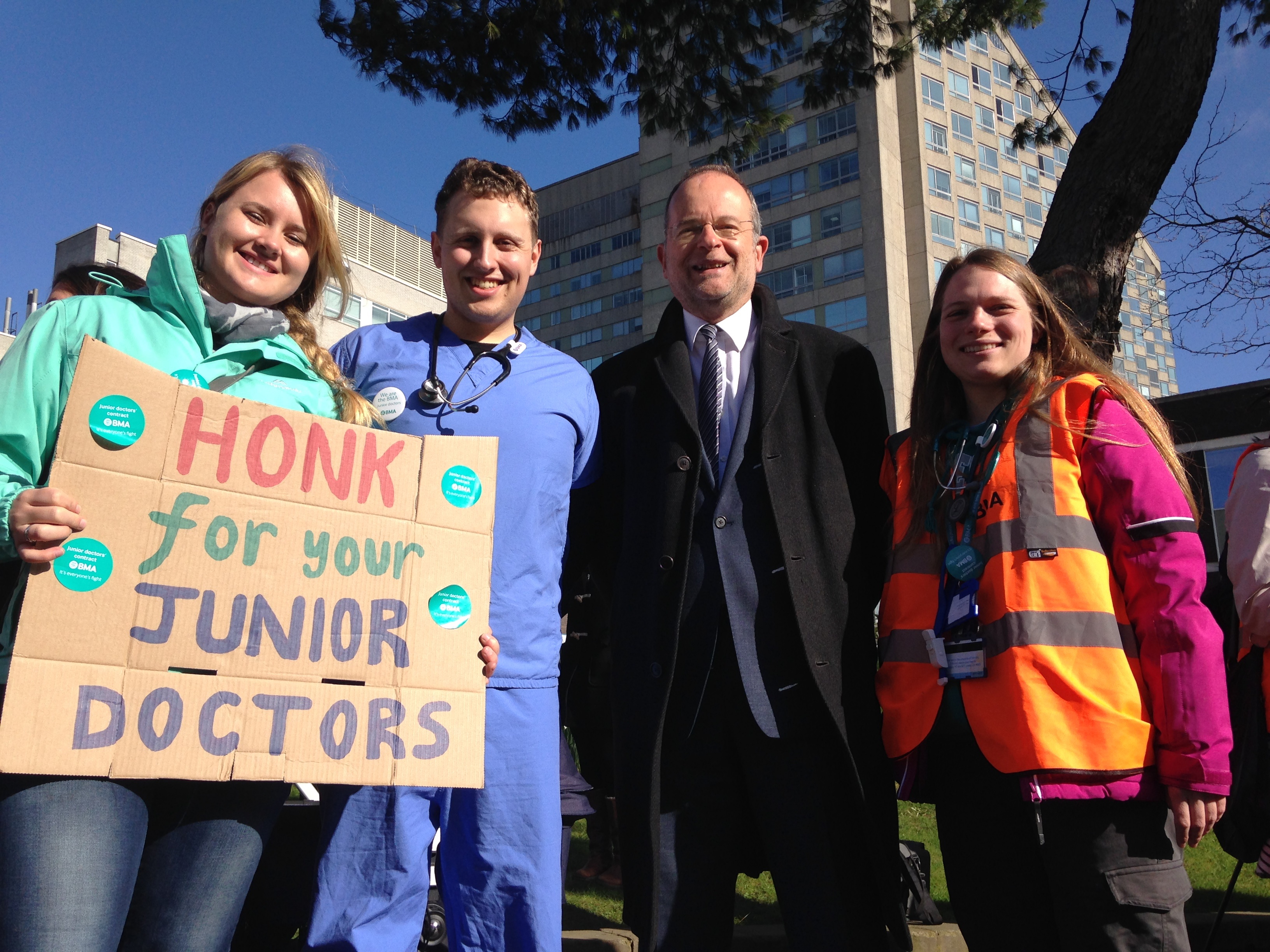 I joined with local junior doctors on pickets outside the Hallamshire Hospital this morning, in opposition to the imposition of a new contract by the Government.

I have six of Sheffield’s seven NHS hospitals in my constituency. In February I challenged Health Secretary Jeremy Hunt in the House of Commons, arguing that imposing a contract would hit the already low morale amongst junior doctors. I am also concerned that the new contract does not take into account the needs of the NHS or patient safety, as well as staff retention and recruitment.

From today doctors will undertake a 48-hour countrywide strike in protest at imposition of the contract. Last month a survey showed that more than two-thirds of the public supported strike action.

Jeremy Hunt has forced the hand of junior doctors. They want to negotiate, not go on strike. His decision to break off discussions and impose a new contract is provocative. It has dismayed doctors, health service managers and patients. The dispute will just go on until he sees sense and returns to negotiations.

Junior doctors are overworked, morale is at rock-bottom and there’s a growing crisis around staff retention and recruitment. By imposing an unfair contract Jeremy Hunt risks making things so much worse. If the Government really cared about the NHS, they would restart talks, rebuild staff morale, and tackle the real challenges facing the NHS through underfunding.