My call for honest EU debate after constituent complaint

I have called for an honest EU referendum debate, after a constituent complained to me about a Vote Leave leaflet which concealed its true intentions. 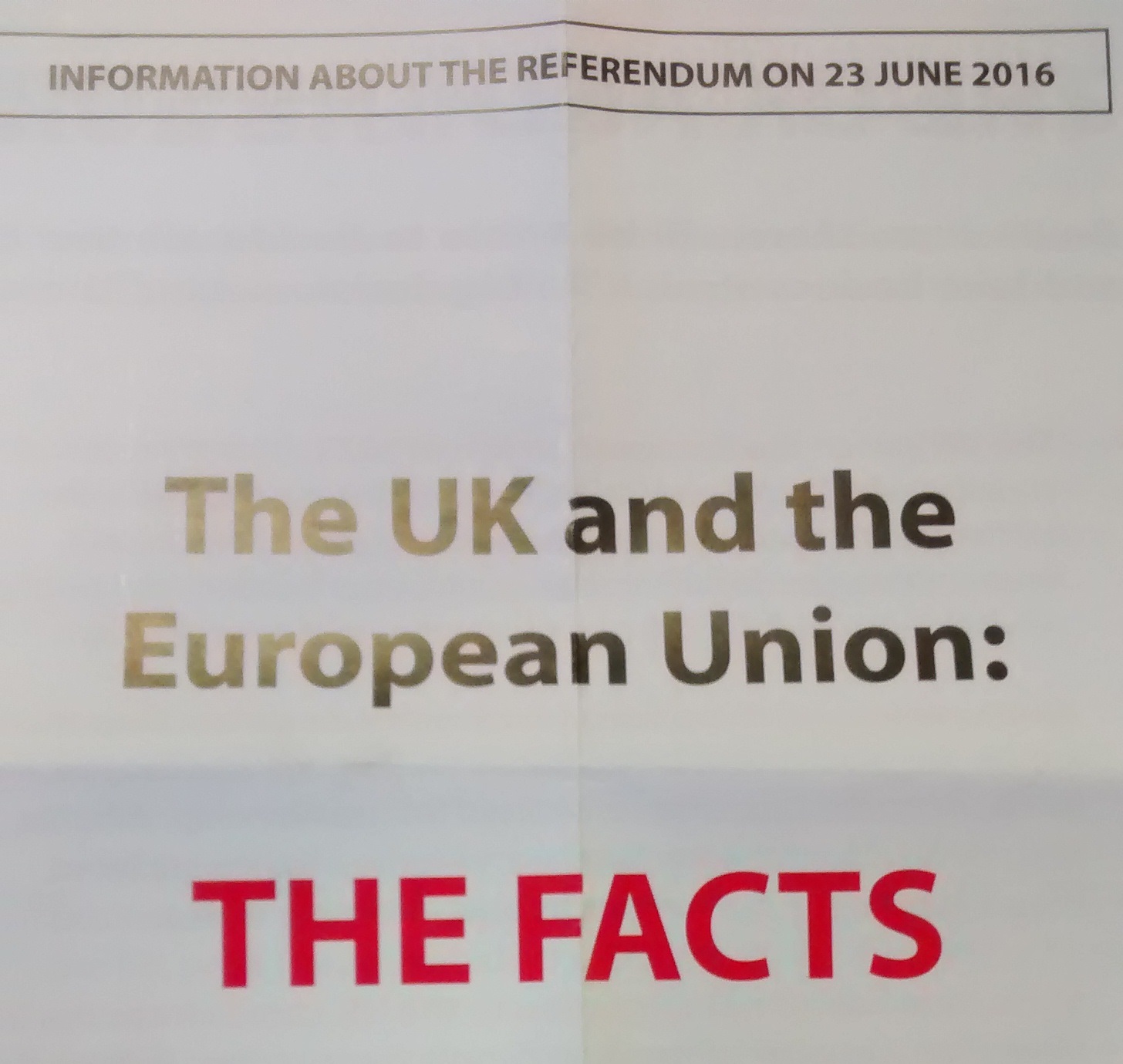 I received a complaint from Richard Pethen of Nether Edge about a Vote Leave leaflet purporting to contain “the facts” about the European Union. I’m now backing Mr Pethen’s complaint to the Electoral Commission about the leaflet, which was entitled ‘THE UK AND THE EUROPEAN UNION: THE FACTS’, but was not clearly labelled as being produced by the Vote Leave campaign group.

In my view this kind of dishonest campaigning does real harm to the EU debate. On 23rd June, the British public will take a huge decision about the UK’s place in the world. The least they can expect is for campaigners to be open about who they are, and distinguish between opinion and fact. I am strongly pro-European. I believe our future is better off as part of a bloc of 28 countries working together to tackle the big issues like climate change, economic growth and migration, not out on a limb on our own. But that’s my view. People do not take kindly to having opinion presented as fact, and I think Richard is right to ask the Electoral Commission to intervene.

When I received the leaflet, I was pleased because it looked “official” and therefore impartial. Like so many others I value clear unbiased information so I feel well informed when I vote in the Referendum on 23 June. But as I read on, it became clear to me that it was one-sided in favour of leaving the EU and so I tried to discover who had sent it. After much searching, I learned it was from the Vote Leave campaign. It does not help the democratic process if one-sided information is passed off as being impartial. That’s why I’m taking my complaint to the Electoral Commission. I welcome Paul’s call for an honest and facts-based debate because this is the biggest decision we will take at the ballot box in a long time.