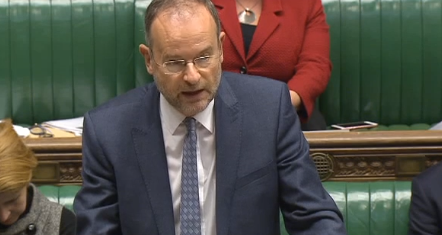 Last week Parliament voted to give the Prime Minister the power to start the formal process for the UK leaving the EU. It was a hugely difficult moment. I campaigned relentlessly for the UK to remain in the EU -; for jobs, for our place in the world and as the best way to tackle the biggest issues we face, from climate change to the peace and security of our continent. I was deeply upset by the result. But I accept that we lost. Labour didn’t want a referendum, but all those parties that campaigned for it (Liberal Democrats and Greens, as well as the Conservatives and UKIP) said that we should accept the decision of the British people. It was never conditional on them voting one way.

The vote on the European Union (Notification of Withdrawal) Bill wasn’t about the terms of the Brexit negotiations, it was simply to allow the Government to open the negotiations over our exit. Labour tried to introduce conditions through our amendments to the Bill, which you can read more about here. But the amendments failed to secure the support of the House of Commons in which the Conservatives have an overall majority, enhanced on this issue by the support of the DUP.

However we did secure a concession on one key issue. Until last week, Theresa May had only offered Parliament a vote on the Brexit deal at the very end of the process, at a stage when many feared it would be too late, and even that came only after Labour pressure. However, faced with defeat on a Labour amendment, the Government agreed to give Parliament a vote on the draft agreement before it is passed to the European Council, and before the European Parliament votes on it. Now we will try to embed this concession in the Bill as it moves to the Lords.

In fact there will be two votes, one on the exit settlement and one on our future relationship with the EU. They are unlikely to come at the same time, because the terms of the future relationship will take much longer to negotiate. However, transitional arrangements will be put in place, pending the establishment of a new relationship.

Until now the focus for the debate has been on the process of exiting the EU. It now moves on to the substance of the negotiations. Labour is completely opposed to the deep rupture between the UK and the EU that some in the Conservative Party want. At every stage we will be arguing for the best possible access to the single market; continued protections for workers, consumers and the environment; maintaining co-operation in education, science and research; and the closest possible co-operation in foreign and security affairs. We will also continue to press for other EU nationals in the UK to be granted the right to remain on the terms they currently enjoy.