Science and tech businesses in Sheffield have raised the issue of the Tier 2 cap preventing them from accessing people with specific skills that they need to grow and create jobs. It’s an issue I’ve been working on with the Campaign for Science and Engineering (CaSE). To get a clearer picture of how the Tier 2 visa cap for non-EEA immigration is working, I tabled a question to the Home Office back in January, asking how many engineers and scientists had been refused such a visa since November 2017.

Rather than simply providing me with the data it held, the Home Office ducked and dived, evading my questions for months and wasting public money in the process. They were eventually forced to publish the information in response to an FOI by the CaSE, revealing that over 6,000 visa applications from scientists, IT specialists and doctors had been refused between December 2017 and March 2018.

The problems that businesses in Sheffield are facing are reflected across the country. These highly skilled workers are also highly mobile and have their pick of locations to work. This arbitrary cap means the UK is losing out. Brexit will make the problem worse. We need an open and informed debate about the future migration policy, which should rule out arbitrary caps. 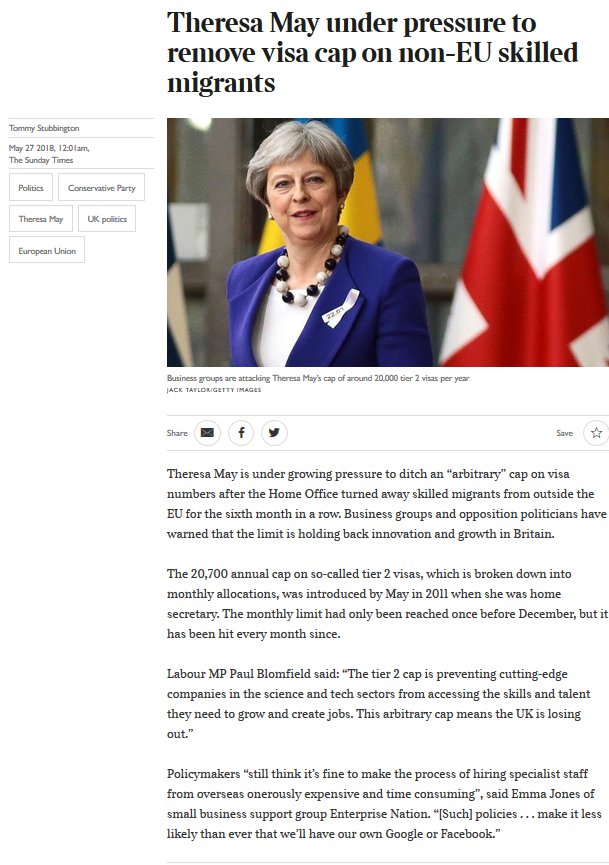